Omnific is very excited to talk about our newest release…wait for it…Gabriel’s Rapture, the highly anticipated follow up to Gabriel’s Inferno.

Author Sylvain Reynard was kind enough to answer some of our questions and share an excerpt from the book with us. So without further ado…

Professor Gabriel Emerson has embarked on a passionate, yet clandestine affair with his former student, Julia Mitchell. Sequestered on a romantic holiday in Italy, he tutors her in the sensual delights of the body and the raptures of sex. But when they return, their happiness is threatened by conspiring students, academic politics, and a jealous ex-lover. When Gabriel is confronted by the university administration, will he succumb to Dante’s fate? Or will he fight to keep Julia, his Beatrice, forever?

In Gabriel's Rapture, the brilliant sequel to the wildly successful debut novel, Gabriel'sInferno, Sylvain Reynard weaves an exquisite love story that will touch the reader's mind, body, and soul, forever.

Check out what Sylvain Reynard had to say about the upcoming release.

Omnific: Gabriel’s Rapture is the sequel to Gabriel’s Inferno, was writing the second book a different experience from your first? Was it a little easier knowing what to expect from the process?

SR: In many ways, writing the sequel was more challenging than writing the first book. The sequel went through multiple revisions, which were time consuming but necessary. And during the writing process, I was conscious of my readers and how invested they were in the characters. I wanted to be sure to respect that investment.

Omnific: Can you share a little of your writing process with us? Are you a plotter or do you write as a scene hits?
SR: I tend to do a little of both. The Professor’s story was one that I plotted from beginning to end, spanning two books.  But along the way, when the Muse was active I would add specific scenes.

Omnific: With summer quickly approaching, and everyone getting ready for getaways, where would you LOVE to go on a vacation? And if you went, would you truly be on vacation or would you have a notebook with you to write when an idea strikes?

SR: My favourite holiday destination is the city of Florence. I like it because it’s beautiful, it has stunning vistas and great cafes, and it’s a great place to learn about art and history.  Florence is like jealous lover – if you ignore her, she’ll turn on you. So I wouldn’t dare work while visiting her.
Omnific: Since Omnific is all about the romance...what is your favorite romance scene in a book?
SR: One of the most powerful love stories is the story of C.S. Lewis and Joy Gresham, portrayed in the film “Shadowlands.”  Their romance is unconventional. Lewis is the older, famous Oxford don. Joy is an American poet who writes to him. They marry out of convenience and then, tragically, Joy contracts cancer. What follows after is their love story.
There is a scene in the film (starring Anthony Hopkins and Debra Winger), in which Lewis breaks down, describing his wife and his love for her. It’s a powerful moment, made more powerful by the realization that his wife is terminally ill and his carefully constructed life (and romance) will never be the same. This is love in one of its deepest forms – when we suffer with the suffering of our beloved, wishing we could take the pain away. 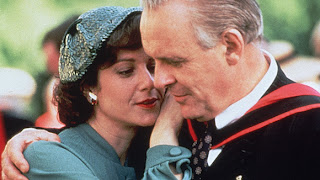 Omnific: Now, if they made that into a movie who would you want cast opposite you? (Or if they have already made a movie, would you recast it?)

SR: I’m not sure I could recast it, since Hopkins and Winger were perfect.

Omnific: And the dreaded question after months of editing…do you have anything that you are working on next?
SR: I would like to co-author a novella with Heather Huffman, the author of “Throwaway.” Heather is a great lady and a strong supporter of the anti human trafficking movement. We’ve talked about collaborating on a romantic comedy and donating the money to combat modern slavery and human trafficking. I hope this will be my next project.

And just to tease us all…

Julia lowered her eyes and blushed.
He smiled at her pink cheeks. "Am I making you shy?"
As if in answer, she took a step closer and pulled one of his hands so it cupped her breast.
He squeezed her softly. "Lie beside me and I’ll hold you."
"I want you to love me."
He divested himself of his boxer shorts and moved so she could join him. Still cupping her breast, he began to kiss her, gently tangling his tongue with hers.
“I breathe you,” he whispered.  “You’re everything.  You’re the air.”

Thank you so much Sylvain. It is always great to get a little peek into our favorite author's process. We are so appreciative of you taking the time to share with us and your readers during this busy time for you. We all wish you good luck for your release tomorrow!

If you want more of Sylvain Reynard, here are some places to look!

On Twitter  @sylvainreynard
On Facebook
On Goodreads
Or at Sylvain Reynard
Posted by Omnific Publishing at 8:18 AM